Secretary General of the Council of European Municipalities and Regions 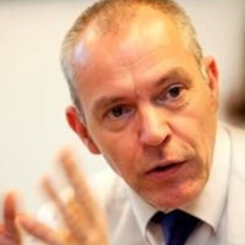 Frédéric Vallier has been Secretary General of the Council of European  Municipalities and Regions (CEMR) since 1 February 2010.

Expert in European and international affairs at the local and regional levels and  city diplomacy, he has over twenty-five years of experience working with local and  regional authorities.

As Secretary General of CEMR, he campaigns for the full recognition of local and  regional governments as strategic partners of the European project and calls for a  Europe closer to its citizens and their first levels of democracy. He also represents  European Local Governments in the Global Task Force of Local and Regional  Governments and United Cities and Local Governments to the United Nations.

He is a member of the Multi-Stakeholder Platform of the European Commission on  the Implementation of the SDGs in the EU.