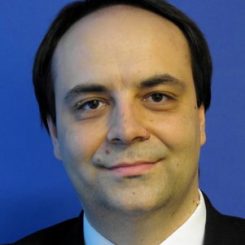 He is Head of the Investment Team for Greece & Cyprus at the European Investment Bank (ΕΙΒ). Prior  to that, he worked in various managerial positions within the EIB and as a Senior Advisor to the EIB’s Management Committee, as well as an expert for the evaluation of industrial and agricultural projects  financed by the Bank. Before joining the EIB, he worked as an Economist in a UN Commodity Board  and the World Bank, as well as an engineer in the champagne industry in France. His academic  publications include papers in urban land values, futures markets as well as technical efficiency. He speaks fluently Greek, English, French and Spanish.