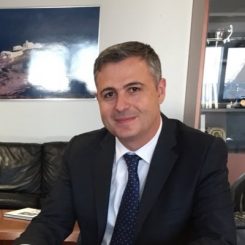 Ioannis Kotsiopoulos was born in Athens in 1975. He studied Mathematics at the Kapodistrian University of Athens. Ηolds a Master’s Degree (MSc) in Decision Making Technologies from the University of Manchester and a PhD in Informatics from the same university. Since 2015 he has worked in the United Kingdom in positions of responsibility in the NHS, such as that of Chief Information Officer, and is a member of the NHS Digital Academy. In the past he has served as Deputy Commander at Konstantopoulio General Hospital of Nea Ionia (2011-2014), member of the Supervisory Board of the Hellenic Center for Documentation & Costing of Hospital Services (DRGs) and has taught at the TEI of Athens. He has worked in the UK on research and technology projects and has published a large number of research papers and articles in international conferences and journals. His research interests are focused on the information systems and the digital transformation of the health services but also in the issues of quality assurance in health.