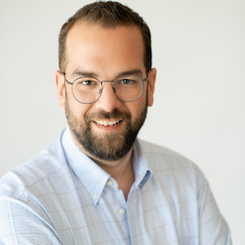 He was awarded with Bachelor’s degree in Law from Democritus University of
Thrace. He completed his postgraduate studies at the School of Law of the
Democritus University of Thrace (LLM, Civil Procedure). He has been an
Ombudsman accredited by the Ministry of Justice, Transparency and Human Rights
since 2013.

He is a lawyer before the Supreme Court. He has been practicing Law since 2006 as a
member of the Agrinio Bar Association.

He has completed his military service (Hellenic Air Force).

He is married to Lawyer Evi Chr. Pappa. They have a daughter and a son.

In the elections of November, 2010, at the age of 30, he was elected first as Regional
Councilor with the political group “Zoume Dytika” in Aitoloakarnania.

For many years, with his interventions and proposals to the Regional Council of
Western Greece, he has highlighted the need for mitigating intra-regional inequalities,
prioritizing regional strategies based on taking advantage of the comparative
advantages of each Regional Unit and taking the initiative to add value to anything
produced in the Region of Western Greece, by making good use of its human
resources, know-how and natural resources.

He was elected Head of the Region of Western Greece in June 2019, with his political
group “Ola apo tin arxi”, and assumed his duties on 1 September during this year.