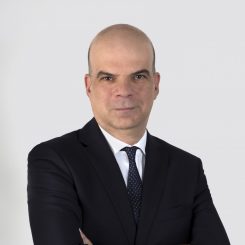 Dr. Nikitas Pittis is the Chief Economist of AssetWise Capital Management. He is also Professor in Financial Econometrics at the Department of Banking and Financial Management of the University of Piraeus, since 2000. The impact of his scientific work ranks him in the top 8% of economists in the Europe (based on RePEc Ranking: Research Papers in Economics Ranking).
After completing his PhD at the University of London. Dr. Pittis worked as a senior research associate at the National Institute of Economic and Social Research in London and then as an economic analyst in the research department of UBS in Zurich. He was also member of the Board of Economic Advisors at the Ministry of Economics and Finance of the Greek Government.

Professor Pittis has published more than forty research papers in highly ranked academic journals. His work is widely recognized, as documented in many of citations to his name in ‘Google’ and ‘Google Scholar’ search engines, in academia and financial and banking institutions all over the world. In 1995 his work was selected for inclusion in ‘Advances in Investment Analysis and Portfolio Management’. He has co-ordinated a big number of research projects funded by various national and international organizations and foundations. He has presented his work in numerous of prestigious international scientific conferences and has given academic and public lectures at Universities and Research Institutes all over the world.