Professor of International Relations, National and Kapodistrian University of Athens 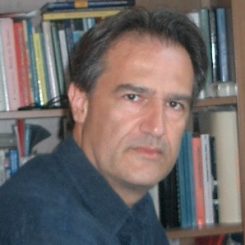 Panayotis J. Tsakonas is Professor of International Relations, Security Studies and Foreign Policy Analysis at the National and Kapodistrian University of Athens (NKUA) and Head of the program on Security at the Hellenic Foundation for European and Foreign Policy (ELIAMEP).

He has served as Advisor at the Ministries of National Defense and Foreign Affairs, as President of the BoD of the Center for Security Studies/KEMEA and as a board member of various academic and civic organizations (European Organization for Security/EOS, European Security and Defence College/ESDC, The Greek-Turkish Forum (GTF) etc.) He has taught for fifteen years at the University of the Aegean and at various Universities and institutions in Greece, Turkey, Great Britain, Germany, the United States and Canada.

His monographs, books, articles in international refereed journals and contributions in edited volumes on Foreign Policy Analysis, regional security issues,  Greek foreign and security policy and Greek-Turkish relations have been published in Greek, English, German, French and Italian. He has authored, co-edited and co-authored, among others: National Security Strategy. Building the Greek Model for the Twenty-First Century (Papazisis, 2005), Multilateralism and Security Institutions in an Era of Globalization (Routledge, 2007), The Incomplete Breakthrough in Greek-Turkish Relations. Grasping Greece’s Socialization Strategy (Palgrave, 2010); A Roadmap for Greece’s National Security (Sideris, 2020); The Helsinki Strategy. 20+1 Years After (Sideris, 2021).