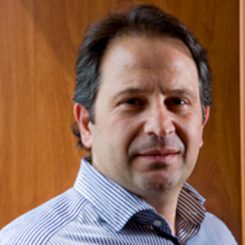 Intrakat CEO since 2003, he also served as CEO of INTRAMET until it merged with INTRAKAT in 2005 and as a Non-Executive member of the BoD of the INTRALOT GROUP from 2008 until 2019. In 2010 he was appointed CEO of KEKROPS SA and in 2019 Vice Chairman of the BoD of ATHENS RESORT CASINO HOLDINGS SA and REGENCY CASINO MONT PARNES SA. Mr Souretis currently holds senior executive positions in a number of INTRACOM HOLDINGS Group subsidiaries. From 1997 to 2003 he held various managerial positions at ELLINIKI TEHNODOMIKI-TEV.