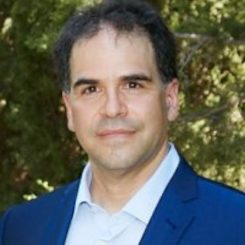 Received a BA from the Athens Univ. Economics and Business (AUEB) in 1990, two MAs in Economics and History from the Pennsylvania State Univ. in 1993 and 1996, respectively, a fellowship from the A.Onassis Foundation in 1994-97, and a PhD in Economics from the Univ. of Essex in 2001.
Lectured at the National Univ. of Ireland – UCC (1999-2003), joined the research staff of Greece’s Centre for Planning and Economic Research (KEPE) in 2004, and held visiting assistant professorships at the AUEB (in 2004) and the Univ. of Cyprus (2008-09), a visiting associate professorship at the AUEB (2010-13), and adjunct faculty positions at the same university (2013-17), the Open Univ of Cyprus (2017-18) and the Hellenic Open Univ. (2017-18).
Represented Greece at the OECD’s Territorial Development Policy Committee (vice chair in 2006-08).
Awarded first prize by the Academy of Athens for a monograph on micro-regional economics deemed as the best scientific study in the field of the science of economics published in Greece in 2005-07.
Coordinated the research unit established at Greece’s Ministry for Development and Competitiveness (on secondment) in 2012-13, and, among other KEPE projects, analyses and proposals in support of Western Greece’s regional development plan (2015-17) -including the plan that earned W. Greece the title of “European Entrepreneurial Region for 2017”).
Research articles published in Applied Economics, Economic Modelling, Empirical Economics, European Planning Studies, International Journal of Manpower, Journal of European Economic History, Scottish Journal of Political Economy, and other journals.