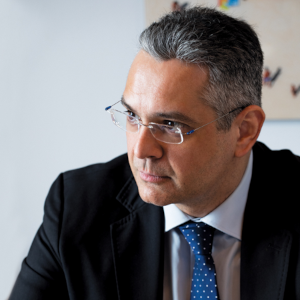 Special Secretary of Foresight Strategy, Presidency of the Government

From 2019 to 2022, he served as the Secretary General of Communication and Media in the Presidency of the Greek Government.

He was previously the Director General of the Konstantinos Karamanlis Institute of Democracy and director of the think tank “DIKTIO for the reformation of Greece and Europe” (2013-2018).

He has studied history, in the National Kapodestrian University of Athens, international relations, European Political Economy and law in the University of the Aegean and the Athens University of Economics and Business.

He is a PhD candidate of the Science of History and Philosophy of the University of Athens.