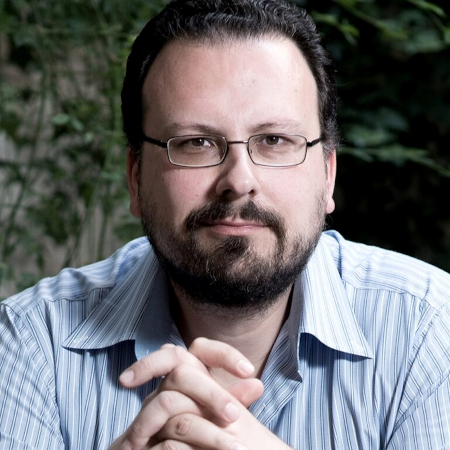 Alexandros Charkiolakis studied music at the Hellenic Conservatoire and at the University of Sheffield and Philosophy and Management at the University of Athens. He has worked as a musicologist and coordinator for educational projects in the Music Library of Greece “Lilian Voudouri” of the Friends of Music Society; in 2013 became Head of the “Erol Üçer” Music Library and adjunct Lecturer in Historical Musicology at MIAM (Center for Advanced Studies in Music) of the Istanbul Technical University. In May 2017 he returned to Athens in order to take up the position of Director of the Friends of Music Society. He has been the principal editor of several books and he has co-authored the book “Interspersed with musical entertainment”: Music in Greek salons of the 19th century with Avra Xepapadakou. He serves as a member of the Boards of the ETOS-State Orchestra of Athens and at the Mikis Theodorakis Museum in Zatouna. Also, he is a member of the sectorial scientific council for Tourism, Culture and Creative Industries of the National Council for Research, Technology and Innovation (ESETEK).