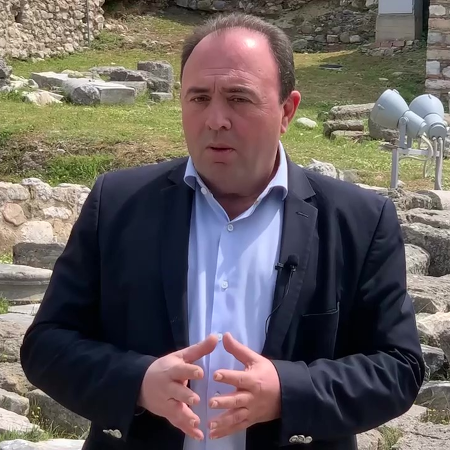 Andreas Filias was born in Athens. He is married and he is a father of three children. He is a teacher of primary education and he has been teaching for 33 years. He is a graduate of Arsakeio Pedagogical Academy ofPatras and of the Pedagogical department of Primary Education of University of Patras. He has completed his reeducation in Didaskaleio of University of Patrasand he has a postgraduate degree in Studies in Education from Hellenic Open University.

Diploma in computers (ECDL) and diploma in SOCIETY OF INFORMATION from the Ministry of Education, Research and Religions.

He has been a Principal in many schools of Patras since 2004.

He has been a Deputy Mayor of Education, Transparency and Electronic Consultation in the Municipality of Patras from 2011 until 2014.

He has been a Leader of a Political group and an elected member of the Municipal Council of Patras from 2014 until 2019.

Since September 2019 he has been elected as Regional Consultant of Western Greece and has been appointed as Deputy Head of of Administration and e-Government and authorised Assistant Regional Governor of Western Greece. His responsibility is the coordination of actions for the celebration of 200 years from the Greek Revolution.