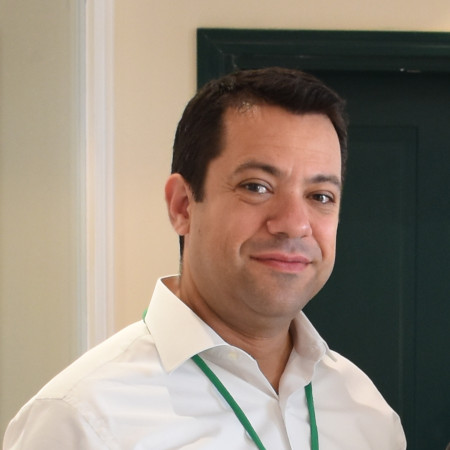 Assistant Professor at the ECE Department of University of the Peloponnese, Greece

Ass. Prof. Christos P. Antonopoulos received his Diploma and PhD at Electrical Engineering and Computer Technology from ECE Department of Electrical Engineering and Computer Technology, University of Patras Greece in 2002 and 2008 respectively. From 2019 he holds the position of Assistant Professor at the ECE Department of University of the Peloponnese, Greece. From 2002, he has been involved in more than 15 European projects (FP5,6,7 and Horizon 2020) and more than 6 Greek National research projects holding key positions both technical as well as managerial while he has participated in preparation of a high number of research project proposals. He has published high number (>100) of research papers and 13 book chapters in international journals and conferences which have received over 800 citations while he has served as editor to two Springer books. From 2005 he has worked and collaborated as Senior Researcher for several research institutions (Industrial System Institute (ISI) Patras, ECE Dept University of Patras, Technological and Educational Institute of Western Greece, Hellenic Open University) and industrial companies (INTRACOM-Telecom, NOESIS). Over the years, he has reviewed a high number of submitted paper for high quality IEEE, ACM, Elsevier, Springer and Hindawi, MDPI Journals and conferences and he has served as organizer, PC/TC member and session chair in several prestigious international conferences. Additionally, from 2003 he has worked continuously as adjunct assistant professor for various departments at Greek Universities and Technological Institutes.