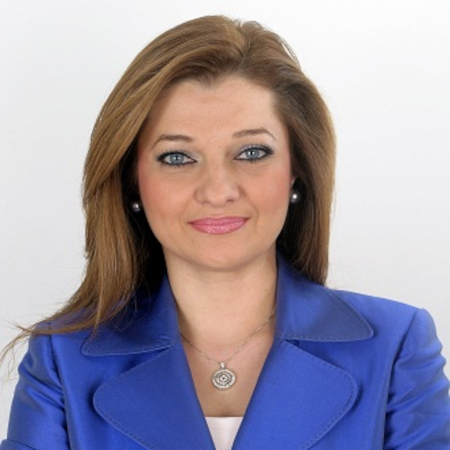 Dr. Dionysia-Theodora Avgerinopoulou is a leading future in International Environmental Law and Policy. A former Member of the Hellenic Parliament, she serves as the Vice-Chair of the Steering Committee of the Global Water Partnership Organization and the Head of Water of the Energy and Environment Committee of the International Chamber of Commerce. She is by profession a specialized attorney in Public International Law, European Law, Environmental, Climate Change and Sustainable Development Law and ADR and the Executive Director of the European Institute of Law, Science and Technology. Dr. Avgerinopoulou has also served as the Chairperson of the Circle of the Mediterranean Parliamentarians on Sustainable Development and the Vice-Chair for the Mediterranean Commission for Sustainable Development. She was nominated as the candidate for the position of the Executive Director of the United Nations Environment Program at the rank of the Under-Secretary-General of the United Nations by the Hellenic Republic.

Dionysia received a first degree in Law from the Faculty of Law of the National and Kapodestrian University of Athens, Greece (top 1 in class, grade: excellent) and an LL.M. in International Legal Studies from the Georgetown University Law Center in Washington, D.C. with distinction. She also holds a Doctorate in International Environmental Law (J.S.D.) from the Columbia University School of Law. She has been the recipient of many awards and scholarships. Dionysia is the author of several articles on environmental and international issues and has presented her work on several international conferences.  International media have covered aspects of her work in many countries.

She is also a Member of the Network of Women Ministers and Leaders for the Environment, the Hellenic Association for Environmental Law; the Parliamentary Network on the World Bank and IMF; the American Society of International Law (ASIL), the European Society of International Law (ESIL), the Academic Council on the United Nations System (ACUNS), the Biopolitics International Organization, the European Women Lawyers’ Association, the Global Diplomatic Forum, the Euro-American Women’s Council, and the Women’s of Europe Award-Greek Division.