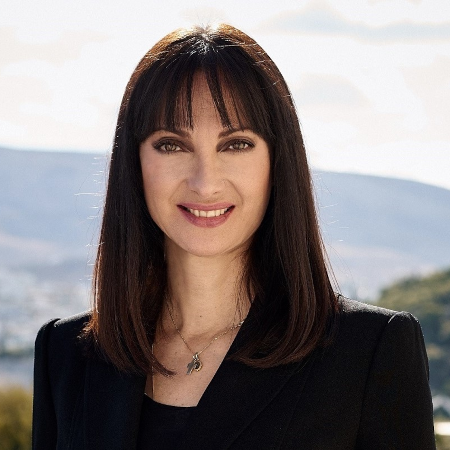 Elena Kountoura develops strong social and philanthropic activities in Greece and abroad. She is President of the organization “EUROPA DONNA HELLAS”, which deals with the prevention and awareness of breast cancer, and claiming rights to better services for patients with cancer.

She has also been honored for her support in spreading the Greek Paralympic Volunteers , while in December 2007 she was honored by Greek Goverment as a Goodwill Ambassador for Social Volunteering.