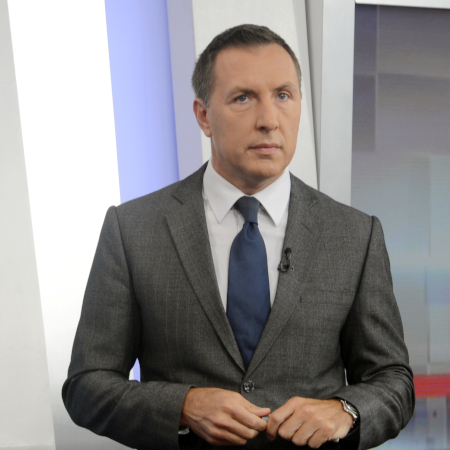 Fanis Papathanasiou is an anchor and diplomatic correspondent in ERT, (Greek Public Television) specialized mostly on covering international and diplomatic stories worldwide. He has anchored the coverage of many major international news stories including the war in Syria, major developments in the Greek crises, the refugee crises, elections in USA, in Turkey, the wars in Iraq, in Afghanistan, the Israel-Lebanon conflict, the terrorist attacks in Paris, the 9/11 and many European Union Summits. In 2016 during the refugee crises he has filed a series of special documentaries for the Moria and Idomeni refugee camps, the Balkan road and the Syrian refugees in Izmir. Has contacted exclusive one-on-one interviews with international figures including Christine Lagarde, Recep Tayip Erdogan, Zoran Zaev and others. He is correspondent in Athens for CyBC’ of Cyprus and contributor commentator for CNN international.