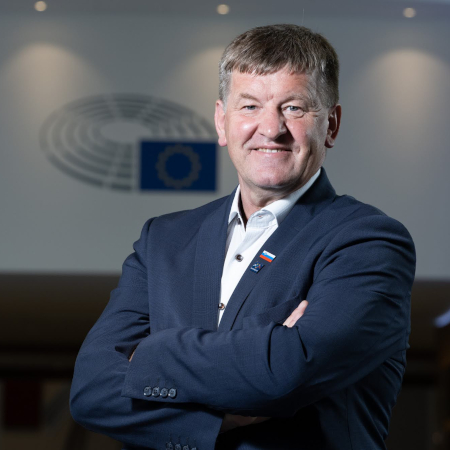 Born on 2nd February 1963 in Koprivnica, Slovenia, Franc Bogovič graduated from the Agronomy College in 1984 and became an Agricultural Engineer. His professional career constitutes of several different posts, such as agricultural extension expert, agricultural trade entrepreneur, Mayor of Krško Municipality, member of Slovenian National Assembly and Minister of Agriculture and Environment. On 2 March 2013, Bogovič was elected President of the Slovene People’s Party, the position he held until 6th December 2014. Bogovič is currently serving his second term as a Member of the European Parliament, where he is engaged in topics related to agriculture, rural and regional development, cohesion policy, as well as energy. Bogovič is also leading the Smart Villages initiative in the European Parliament. With ensuring EU funding of pilot projects and preparatory actions on Smart villages in the last few years, Bogovič is working closely with the European Commission so that Smart Villages are going to become a significant part of the future EU regional and rural development policy.