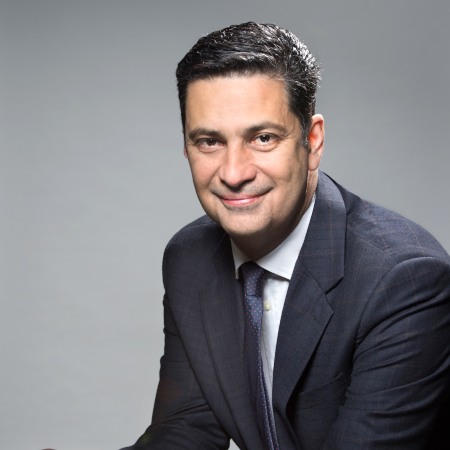 Mayor of the Municipality of Agrinio

George Papanastasiou was born in 1966 in Agrinio. He studied at the Polytechnic School of the Democritus University of Thrace and obtained the Diploma of Electrical Engineer in 1992.

As a student, has been an active member of the student movement.

He served his military duties as a Reserve Engineer Officer. Since 1993 he lives and works in Agrinio as an Engineer.

In 1998 he was elected Prefectural Councilor for the first time.

In 1999 he was elected Vice President and then President of the Development Council (AN.AITAE).

In 2002 he was appointed Deputy Mayor of Aitoloakarnania. In the Prefectural elections of 2002, he was re-elected Prefectural Councilor.

In March 2004 he was elected president at the Aitoloakarnanian branch of  Technical Chamber of Greece, a position in which he was re-elected in 2007.

From 2012 to 2014, he was a member of the Steering Committee of the Technical Chamber of Greece.

From September 2004 to October 2005 he served as Deputy Commander of the University General Hospital of Patras (Rio).

He also served as president of the Regional Association of Municipalities of Western Greece (PED).

After his second election to the municipal council and since today, he is a member of the Board of Directors of  Central Union of Municipalities of Greece (KEDE).

Finally, since January 2020, he has taken over the duties of the Chairman of the Committee on Energy, Environment and Waste Management of Central Union of Municipalities of Greece.

He is married to lawyer Eleftheria Zapantioti and they have two sons.