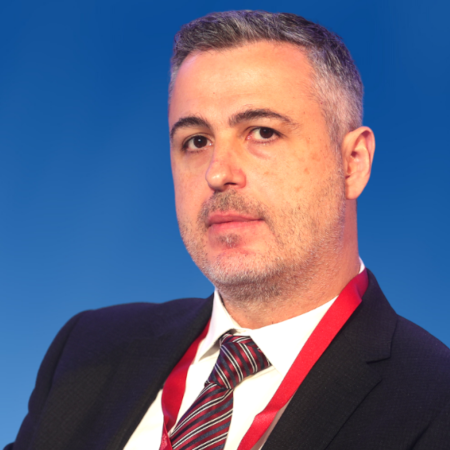 Dr Ioannis Kotsiopoulos was born in Athens and studied Mathematics at the University of Athens. He continued his postgraduate studies in Manchester where he graduated with an MSc in Decision Technologies. He continued his research in decision support systems, optimisation techniques and data science problems, participated in several UK and EU funded research projects and published several papers in esteemed international conferences and academic journals. His PhD discusses semantic interoperability challenges in large scale data integration problems in the healthcare sector. Ioannis has worked in senior management roles both in Greece and the UK and has led many digital transformation initiatives. He was a founding member of the Greek DRG Institute, Deputy Chief Executive of Nea Ionia Hospital, Chief Information Officer in Dorset County Hospital, member of the NHS Digital Academy and most recently Secretary General for Health Services in Greece. Ioannis has coordinated the response of the Greek Healthcare System against the pandemic and at the same time he designed an ambitious eHealth Programme which will be funded by the Recovery and Resilience Fund. Ioannis is particularly interested in healthcare quality and learning health systems and he played a key role in the establishment of the new Organisation for Healthcare Quality in Greece (ODIPY) and the Regional Office for Healthcare Quality of the World Health Organisation in Athens.