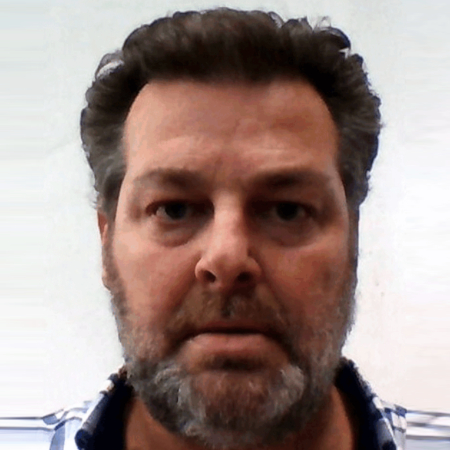 Dr Labros Bisdounis received the Diploma and Ph.D. degrees in Electrical Engineering both from the Department of Electrical and Computer Engineering, University of Patras, Greece, in 1992 and 1999, respectively. During his collaboration with the department he participated as a researcher in several European research projects related to VLSI circuits and systems design.

From 2000 until mid 2008 he was with the Research and Development Division of Intracom S.A. (Intracom Telecom S.A. since January 2006), Athens, Greece, working as senior research engineer and project manager in European and national research projects regarding the design and development of VLSI circuits and embedded systems for telecom applications. From 2005 until 2007 he was also with the Department of Computer and Communication Engineering, University of Thessaly, Greece as a lecturer, teaching the Embedded Systems postgraduate course.

In 2008, he joined the Electrical Engineering Department of Technological Educational Institute of Western Greece, Patras, as an associate professor and head of the Electronics and Measurements Technology laboratory, and from 2013 until May 2019 he was a full professor at the same department. From September 2010 until October 2015 he was the head of the department, from October 2015 until January 2016 he acted as the deputy president of the institute for finance and infrastructures and from March 2016 until August 2018 he was the dean of the School of Technological Applications of the institute. From January 2019 until May 2019, he was the director of the Training and Lifelong Learning Centre of the institute. Starting from June 2019 he is a full professor at the Electrical and Computer Engineering Department of the University of the Peloponnese (Patras, Greece).

His main research interest is on various aspects of electronic circuits and systems such as: CMOS circuits timing analysis and power dissipation modeling, MOSFETs modeling, low-power and high-speed electronic circuits and embedded systems design, system-on-chip design, sensor applications. Dr. Bisdounis is an author of more than 30 papers in international journals and conference proceedings, as well as of books and book chapters, teaching notes and technical reports on the above mentioned areas, and has received about 700 citations. From 2016 until 2019, he was a Board of Directors member of the Hellenic National Academic Recognition and Information Centre (NARIC). He is a member of the Institute of Electrical and Electronic Engineers (IEEE) and the Technical Chamber of Greece.