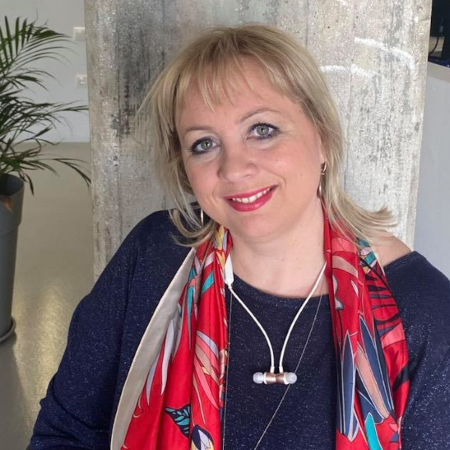 She holds a Master’ s degree in Business Administration (MBA) from the University of Macedonia and she is certified by national and international bodies in offering consulting services. She has great experience and expertise as she has participated and led to success some of the most successful projects of both OECON Group and SEGE. At the same time, she also participates in two corporate schemes as Business Angel.

Lina is a highly experienced speaker and frequent collaborator in business and trade publications as she has written articles for various newspapers and magazines worldwide. She has as well given interviews on TV and radio broadcasts of national and Europe- wide range.

She has already 25 years of experience, as she works from her mid- years, and she combines the fresh spirit with a great business and work experience. A combination that makes her a dear Business Angels and mentor in several young business ventures but also a consistent adviser to larger Business Groups.