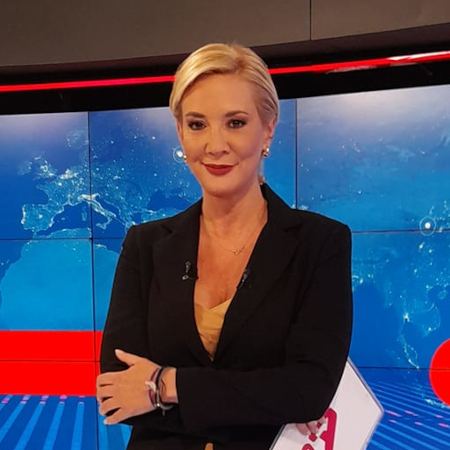 Maria Nikoltsiou is a Journalist, anchor at Alpha TV and radio producer at Alpha 989. She was born in Munich, Germany. She is a graduate of Sociology – Panteion University. She has an MSc in European Studies – London School of Economics UK and an MA in International Relations – Kent University UK. She has been working as a journalist since 1993 in radio – television and newspapers. Moreover, she worked as a London correspondent for Sky TV. She has hosted numerous news bulletins and TV programs. Since 2000, she has been a political editor at AlphaTV. In 2008, she presented the weekend’s main news bulletin. For the last 10 years, she has been presenting the midday news bulletin for AlphaTV and she hosts her own show called “Portraits” at Alpha989 Radio. She is married and the mother of two children. She speaks German and English.