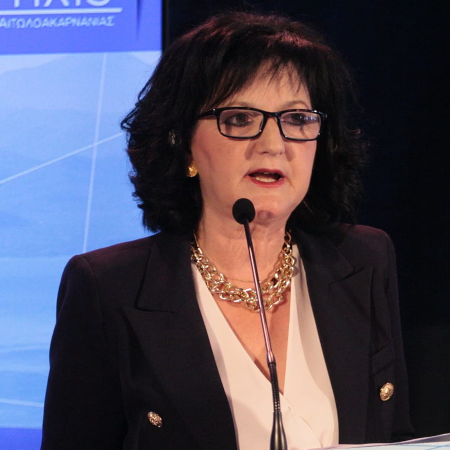 She was born and lives in Amphilohia. Married and mother of two children. She has been self-employed for many years. She has been the Director of the office of Marios Salmas, Member of Parliament and former Minister of the Health, for years. She was a member of the Management Board of both the cultural association of Amphilohia and the gymnastic club of Agrinio .
In 2010,she was elected member of the Municipal Council of Amphilohia and she was the deputy President of the Municipal Council. In 2014, she was elected member of the Municipal Council of Agrinio and she was the deputy mayor of Education and life long learning as well as the Agricultural production. In 2019,she was elected first in votes as a regional councillor with the political group of Nektarios Farmakis, the Governor of the region of West Greece. She is the regional vice Governor of the West Greece.