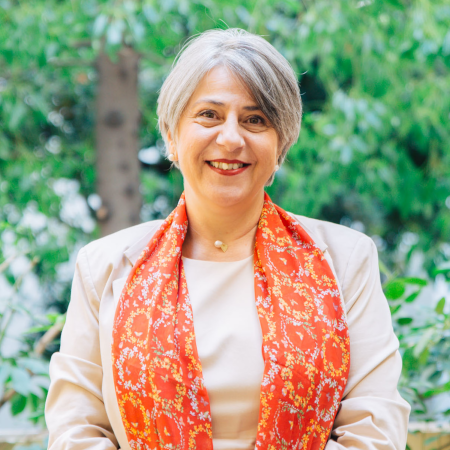 Mrs Melina Daskalakis is a Municipal Councilor for the City of Athens from 2015 onwards. In 2019 she was appointed as the Special Advisor to the Mayor of Athens for Migrants and Refugees and President to its Council of Integration for Migrants and Refugees. As of October 2021, she is also the President of the City of Athens Reception and Solidarity Centre (KYADA). In the recent past she has served as the President of the Athens Development & Destination Management Agency (ADDMA) (2019-2021), the President of the Committee of Charitable Institutions of the City of Athens (2016-2017), and the Athens Municipal Radio Station 9,84fm (2017-2018). She is a practicing lawyer since 1992 and has served as a legal advisor in various Greek investment houses as well as commercial and industrial firms. She has been actively engaged in politics and social activism for over a decade. She was first elected as a Councilor for the 1st Athenian District (2011-2015), and her goal has always been to serve the City of Athens and her fellow citizens by advocating for reforms and modernization in a liberal European perspective. She speaks Greek, English, French, and Italian.