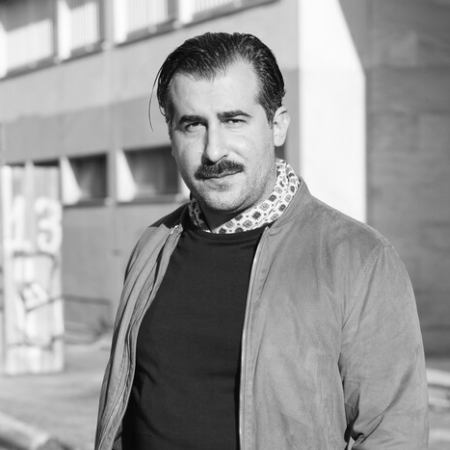 Dr. Nikos Erinakis [b. 1988, Athens] holds a Ph.D. in Philosophy [Universities of London and Oxford], having studied Economics [AUEB], Philosophy and Comparative Literature [Warwick] and Philosophy of the Social Sciences [LSE]. He is the Director of Research of ENA – Institute for Alternative Policies. He has taught Political & Social Philosophy, Philosophy of Art and Aesthetics at the University of London and he now teaches at the University of Athens, the Athens School of Fine Arts, and the Hellenic Open University. He is also a board member of the Greek Youth Symphony Orchestra and he has been a board member of the Athens and Epidaurus Festival. He is a published critically acclaimed poet [Soon Everything Will Be Burning and Will Lit Up Your Eyes, Roes, 2009; In Between Where the Shadow Falls, Gavrielides, 2013; Still Baptized, Keimena, 2022] and translator of modern European poets [Georg Trakl: Dark Love of a Wild Generation, Keimena, 2021; Paul Celan: North of Future, Gavrielides, 2017]. His first philosophy book Authenticity and Autonomy: From Creativity to Freedom was published by Keimena in 2020. His papers, articles and poems have been translated and published in journals, edited collections, anthologies and the popular press. His second collection of poems has been recently translated and published in France (Desmos, 2018).