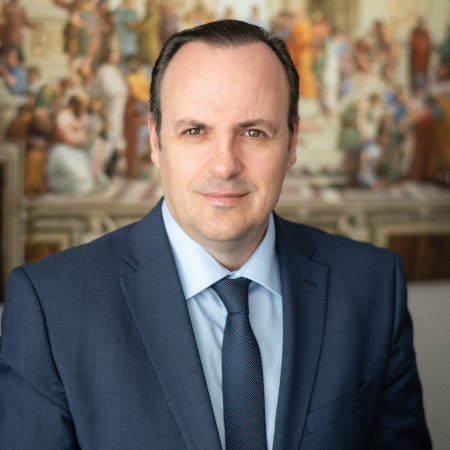 Platon Marlafekas was born in 1972 and he has studied Computer Programming – Analysis and Marketing. He took over the company’s administration along with his brothers in 1989 and led Loux ever since to the 2nd place in the sector’s market share, with an international presence in 27 countries and numerous distinctions, such as “Top Superbrand” and “Most Famous Greek Product”.