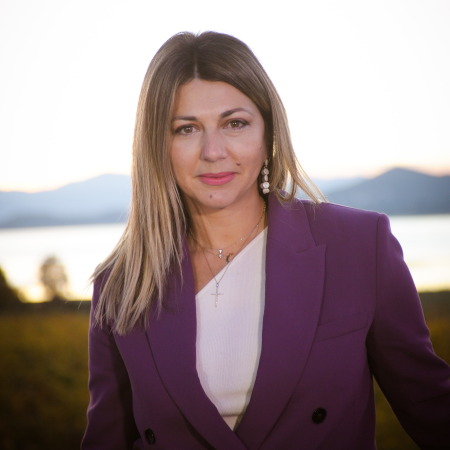 Sofia Zacharaki was appointed Deputy Minister for Tourism Education and Special forms of Tourism in January 2021. She previously held the office of Deputy Minister of Education and Religious Affairs from July 2019 to January 2021. Before her appointment, she served as the spokesperson for Nea Demokratia, the then leading opposition Centre-right party in Greece, an EPP member party.

Previous to that and for more than 2 years, Sofia was the party’s deputy spokesperson. Prior to that, in 2012 until 2014 she was the European and International Affairs advisor to the Minister of Development and participated in the preparation of the Greek Presidency of the Council of the European Union. A state department programme alumnus, in 2015 she represented Greece in the International Leadership Visitor Programme in the USA in the field of “The role of Private Public Partnerships in restructuring economies”.

In the past, she worked as a teacher in state and private schools in Greece, as a European Affairs executive in the Greek Ministry of Education and the Secretariat for lifelong learning and youth policies.