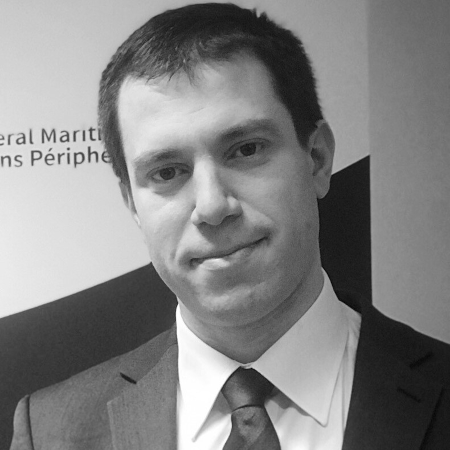 Stavros Kalognomos has been working for the General Secretariat of the Conference of Peripheral Maritime Regions (CPMR) since 2013 and is the Executive Secretary of its Balkan and Black Sea Commission (BBSC) since 2018. In his duties as Executive Secretary, he follows up the EU Macro-Regional Strategies in the wider Black Sea region (EUSAIR, EUSDR), the Black Sea Synergy, the Eastern Partnership and promotes collaboration between BBSC members and other stakeholders in this Geographical Commission’s key areas of interest. He fosters relations between the CPMR and BSEC (Organization of the Black Sea Economic Cooperation) by strengthening the sectoral dialogue partnership between the two organizations. He is also in charge of implementing the CPMR-BSEC Memorandum of Understanding signed in 2017, the CPMR-ICBSS (International Centre for Black Sea Studies) Cooperation Agreement signed in 2019, and the CPMR-BSAMI (Black Sea Association of Maritime Institutions) Memorandum of Understanding signed in 2020. Since 2018 he has been coordinating the Adriatic Ionian Network of Universities, Regions, Chambers of Commerce and Cities (AI-NURECC, now AI-NURECC PLUS), an initiative involving the key stakeholders of the Adriatic Ionian Regions that has received funding from the European Union. He is the CPMR contact person for the Cultural and Creative Regional Ecosystems (CCRE-S3) Industrial Modernisation partnership, an AI-NURECC deliverable co-led by the Region of Western Greece, an active CPMR Member.