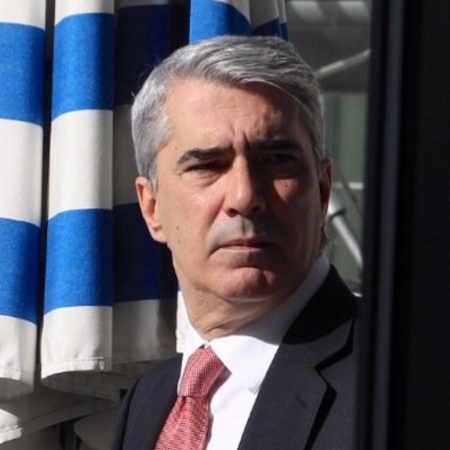 He served as Deputy Minister to the Prime Minister and Government Spokesman from 2012 to 2014.

In addition, he served as head of the Greek Delegation and Vice President of the Parliamentary Assembly of the Organization of Black Sea Economic Cooperation.

Simos Kedikoglou is a journalist. He has been a political, parliamentary and diplomatic editor in newspapers “Kathimerini”, “Apogevmatini”, “Apofasi” and “Chora”. He also presented and participated in broadcasts of  TV and radio stations (ERT, MEGA, FLASH etc.). For many years he was a contributor to CNN International’s World Report show, and on CNN’s “Q&A” show in Atlanta, USA.

He speaks English, Russian, and French.

He is married and the father of a son and a daughter.