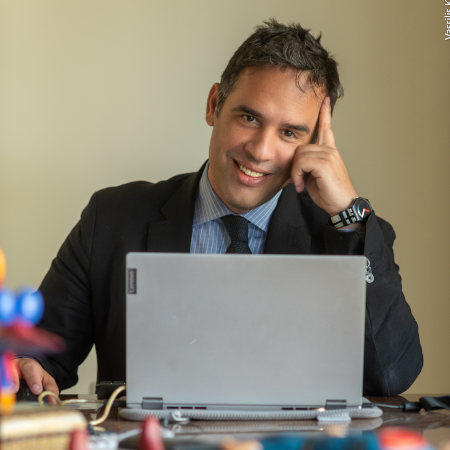 Born in Athens, in 1976. After finishing high school at the Athens College, he studied law at the Aristotle University of Thessaloniki (GR). Holding postgraduate degrees from the Universities of Rotterdam (NL), Hamburg (D) and Aix-Marseille III (F), he is an attorney-at-Law licensed by the Athens Bar since 2001. Since 2008 he is president of ANIMASYROS International Animation Festival, since 2015 president of ASIFA HELLAS – Greek Animation Association and since 2020 vice-president of CIFEJ – International Centre of Films for Children & Young People. In 2018 he received the title of the Knight in the Order of Letters & Arts of France, while during 2018-2019 he chaired the board of the Greek National Opera.