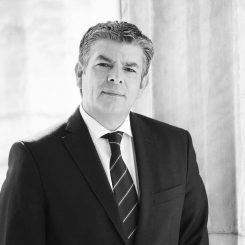 In 2003, the French Republic awarded him the Order of the Academic Phoenix.