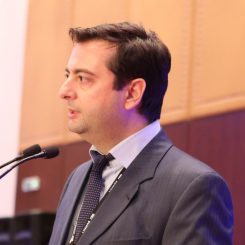 Yannis Papadogiannis studied economics at the University of Piraeus in Greece. In 1994 he began working for financial magazines and newspapers as a financial journalist. He was with the Athens newspaper Kathimerini from 1999 until the summer of 2018. Now he is the editor-in-chief of the new business site BusinessDaily.gr. Yiannis has written four books on economics, banking and politics. His recent book “Banks in a crisis” (Editions Papadopoulos) focuses on the banking system, the greek banking crisis, and the day after.