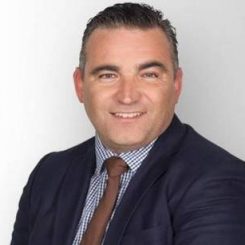 Yiannis Ntsounos was born in Athens in 1974 and has been a journalist since 1995. He left medical school for journalism. In 1996 he joined SKAI media group and started covering news stories until he became a war correspondent. In 2001 he became a political correspondent covering government. During these years he hosted several radio programmes; he was also an editor for newspapers and websites. From 2013 until nowadays he hosts his own TV and radio show with SKAI TV. After all these years he remains a reporter. He loves football, travelling and reading. He is married to Marina Tzialli and he is a father of two.